As you know on 22 May 2014, Thailand’s Army Chief, General Prayuth Chan-ocha, announced a military coup d’etat and the establishment of the National Council for Peace and Order (NCPO) as the new administrative body in charge of the country. The NCPO said the military needed to take control in order to reform the political, economic and social structure of the country.

Under martial law, which has been in place nationwide since 20 May, the military has power to detain people for up to seven days without warrant, charge, or trial, and many people was called to reported themselves.

The Thai Lawyers for Human Rights (TLHR) is a group of human rights attorneys and lawyers and social activists which provides legal aid to people affected the enforcement of law by the National Council for Peace and Order (NCPO). From our monitor and information gathering in the pass one month we have done on Human Rights situation report to show what is Human Rights situation of Thailand and present in on June 23, 2014  at FCCT, Thailand.
The report which we use for present to the panel we are glad to sent it to you for your further use. If you have any question you can ask us by sent to this e-mail.
Best Regards,
Thai Lawyer for Human Rights 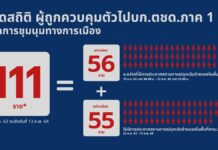