On 1 July 2017, military personnel and ununiformed authorities have invoked power under Article 44 of the interim Constitution to arbitrarily arrest Mr Charoenchai Sae-tang, an activist who campaigned to have Article 112 of the Thai Criminal Code (lèse-majesté) revoked, and confiscate his communication devices. Charoenchai was unlawfully arrested at his residence in Bangkok, and taken into military custody at the 11th Army Circle barrack in Bangkok, with no access to family members and legal counsel. On the same day, Charoenchai’s relatives had gone to Bukkhalo police station in Bangkok to look for him and were informed by the police that a summons record had been issued with grounds for detention. The police stated that there were reasonable grounds to believe that Charoenchai was inclined to violate Article 112 of the Criminal Code, even though he was not yet charged. The relatives had twice requested access to Charoenchai at the 11th Army Circle barrack, but were refused without any clarification of the power, grounds and period of the detention.

Thai Lawyers for Human Rights is of the opinion that the trend of arbitrary arrest and detention has continuously occurred since the 2014 coup. Authorities have invoked power under Article 44 of the interim Constitution, whose legality has been confirmed by the Court of Justice, to enforce Head of the NCPO Order nos. 3/B.E. 2558 (2015) and 13/B.E.2559 (2016) to detain individuals up to seven days without charges or having to bring them before a competent, independent and impartial tribunal. Such practice has set a precedent for measures to deprive detainees of their rights and liberties without any judicial review. Evidence obtained during illegal detention has been included in the investigation files in cases where detainees are prosecuted following the detention. Such practice is incompliant with the rights to a fair trial and fair criminal procedure.

Thai Lawyers for Human Rights deems the authorities’ practice an arbitrary arrest and detention with claim of the coup as a legal basis. Detainees who are held incommunicado without access to lawyers and family members are directly subjected to torture and ill-treatment. Thai Lawyers for Human Rights emphasises that the authorities’ practice has contributed to the enforced disappearance, a gross violation of the International Covenant on Civil and Political Rights (ICCPR). The invocation of Article 44 of the interim Constitution and the enforcement of Head of the NCPO Orders nos. 3/B.E.2558 (2015) and 13/B.E.2559 (2016) constitute Thailand’s negligence to its international human rights obligations as a ratifying Member State to the ICCPR since 1996. The Thai Government has allowed the omission or ambiguity in Thai legislations to government authorities to arbitrarily arrest and detain individuals without justification for detention, judicial review or remedies and reparation for the victims.

Such exercise of power by the government authorities should not be deemed as a “common” practice in society. To prevent state crime and to protect the rights and liberties of the people, Thai Lawyers for Human Rights demand the Thai Government to act as follows; 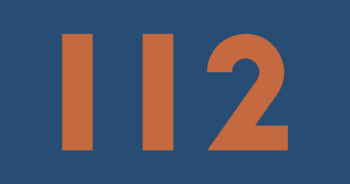 The Royal Pardon Decree 2019 issued to mark the King’s Coronation in May has led to the pardon or reduction of prison terms of certain convicted prisoners, including those convicted on politically motivated charges such as the five core members of the People’s Alliance for Democracy (PAD) who had been imprisoned for unlawful occupation of […]