The censure debate on 25 February 2020 led by MP Wiroj Lakkhana-Adisorn from the disbanded opposition party, Future Forward, has revealed several pieces of evidence accusing the military and the Thai government of running an online information operation (IO). This operation targets prominent human rights defenders, political activists, opposition politicians, and public figures. Evidence includes official documents issued by the Internal Security Operations Command (ISOC) under the Office of the Prime Minister including official military memorandum issued by Second Army Area. There is also a video of an interview with a military officer who took part in the operation, conversations logs from a  private line group that discussed using social media to disseminate fabricated information against government critics, and QR code shared within that private group.

Thai Lawyers for Human Rights (TLHR) mentioned similar IOs in November 2019 when they disclosed a document submitted to the Court by Maj.Gen. Burin Thongprapai. The document had been used as an evidence when he filed charges against organizers and participants of a peaceful protest conducted on 10 February 2018. This document stated that IOs were used to disseminate misinformation about the protest organizers and to convince the public that the peaceful protest was not initiated by student activists, but instead, a red shirts group.

Lastly, we demand the Thai government, especially the Internal Security Operations Command (ISOC) to immediately halt any misinformation and incitement campaigns against human rights defenders, political activists, opposition politicians and public figures. The Thai government must respect the civil liberties granted to all Thai people, including human rights defenders, by the 2017 Thailand Constitution and Article 19 of the International Covenant on Civil and Political Rights. 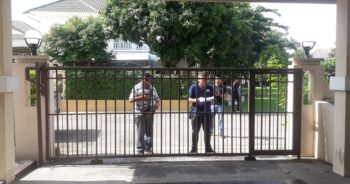