On 27 August 2019, Ms Sirikan Charoensiri, known as Lawyer June, went to meet the inquiry officer who was responsible for her case at Chanasongkram Police Station, Bangkok, to hear the Attorney General’s order on the case against her in which she was charged with an offence of refusing to comply with an official order and an offence of concealing evidence. The charges were a result of her refusal to allow police to search her car without a court warrant at nighttime, claiming to confiscate her pro-democracy clients. After three years since Ms. Sirikan was charged in 2016, the Attorney General finally issued a non-prosecution order on the case.

The order was not to prosecute her on an offence of concealing evidence, due to the fact that there was no intention to hide an evidence, since she only complied to the recommendation from military court officers to keep the belongings of the 14 pro-democracy activists by her side. Furthermore, the police made the request to search her car during the night and without providing any reasonable legal grounds.

For the other charge of not complying with an official order without reasonable grounds or explanation, the responsible prosecutor issued an order to dismiss the case due to an expiration of its statue of limitation.  As a result, the criminal proceedings against lawyer Ms Sirikan for two such allegations have been terminated.

The representatives from the embassies of Canada, Sweden, Germany, the United States, the European Union, and officials from human rights organisations including Amnesty International (Regional Office) came to observe the proceedings.

Sirikan with Thai Lawyers for Human Rights colleagues and diplomats stand in front of the Chanasongkram Police Station.

On 26 July 2019, the office of the Special Prosecutor issued notification document No. 0013.3/1076 to Chanasongkram Police Station giving a final order not to prosecute and to terminate the proceedings against lawyer Sirikan.  In summary, the document provided the following details:

For this reason, the prosecutor agreed that there were enough evidence to prove that the items may have been intended for use in committing an offence, had been acquired illegally, or could have been evidence was hidden in Sirikan’s car which could soon be removed. Pol. Maj. Gen. Chayapol therefore had the authority to issue an order for the accused to open her car and to request a search at night, per Criminal Procedural Code Sections 92, 130, 131 and 132.  Sirikan’s refusal thus constituted an offence according to the above allegations.  However, since this allegation is valid for a one year complaint period according to Section 95 (5) of the Criminal Code, when Police Col. Suriya Chamnongchok filed the complaint it was outside this legal time frame.  The case was therefore terminated; the right to initiate a criminal prosecution was suspended. The conditions for settling the case were not met according to the Criminal Procedural Code, Section 39 (6) and the Regulations of the Office of the Attorney General Concerning Prosecution of Criminal Cases by the Prosecutor, 2014, Article 54 (6).

Elaborately, per Section 142 of the Criminal Code, the Attorney General deemed that while the students and activists were at Samranrat Police Station and Royal Palace Police Station they had not yet had their mobile phones confiscated as an exhibit (which later came to a total of five devices). Furthermore, the lawyer Sirikan was not involved during the time period.  Later, when the officers escorted them to the Bangkok Military Court, Col. Somboon Sridi, the assistant court martial officer, reminded the students and activists not to use mobile phones to take pictures while inside the court grounds and recommended they leave their mobile phones with relatives.

Afterwards, the staff brought out two brown paper envelopes to collect the mobile phones.  Col. Somboon was unable to indicate who brought such envelopes for collection. Meanwhile, Pol. Maj. Gen. Chayapol Chatchaidet came to discuss whether mobile phones could be seized in the Bangkok Military Court area.  Col. Somboon said that if there were no circumstances that constituted or would lead to an offence within the court area, then a search could not be conducted. Moreover, the mobile phones were personal items which he had already ordered be collected and taken to relatives.

The Attorney General therefore agreed that during the time that lawyer Sirikan collected all five mobile phones of the students and activists while inside the Bangkok Military Court and then put them in her car. She was unaware that the officials ordered the phones be confiscated or sent as evidence. This was due to the fact that there was no notification from the official informing her about mobile phones confiscated as exhibits. In addition, the lawyer Sirikan followed the recommendations of Col. Somboon Sridi by keeping all the devices in the car. Therefore, she was not intent to conceal the evidence in any way.

Subsequently, Pol. Maj. Gen. Chayapol Chatchaidet ordered lawyer Sirikan to open her car and requested for a search.  Sirikan however refused the request, asking for a search warrant to be presented. She argued that the officers were operating unlawfully since the mobile phones could have been seized from her clients in the first instance, rather than for them to ask to search her car at a night time, without giving reasonable grounds under the law.  Sirikan’s only intention was to contest and oppose the official’s order to search her car.  Lawyer Sirikan took no action which caused damage, destruction, concealment, loss or uselessness of the five mobile phones that had been deposited with her. She also complied by consenting to open the car to be searched after the officials showed the search warrant. Sirikan’s actions therefore failed in the elements of the offence of concealing evidence; the Criminal Code, Section 142.

The context of the case: NDM’s political movement

The onset of this case dated back to 25 June 2015 when 14 student activists from NDM (New Democracy Movement) group staged their demonstrations to oppose the junta at the Democracy Monument, and was arrested on 26 June, the day after their gathering. As one of the lawyers who was responsible for the case, Ms Sirikan Charoensiri (lawyer June) then followed them to the Phra Ratchawang Police Station and to the Bangkok Military Court for the hearing respectively. At late of that night, the hearing was conducted privately with no participation of the public; only those who involved and the team of lawyers were allowed to take part in the hearing, of which the court subsequently ruled to remand the students for 12 days. According to the court’s code of conduct, the alleged offenders need to leave their belonging with their lawyers before being sent to prisons, so they left theirs with Ms Sirikan, who subsequently stored them inside her own car.

While trying to leave the court after representing her clients, police officers led by Pol. Maj. Gen. Chayapol Chatchaidet approached Ms Sirikan and requested for a search in her vehicle, claiming that they were looking for mobile phones of the 14 activists. However, there was no search warrant presented by the officers, so Ms Sirikan refused to consent with such an arbitrary act. Despite providing her with no valid reason, they then decided to impound her car overnight while waiting for a search warrant to be issued.

Earlier in the morning of 27 June, Ms Sirikan decided to file a complaint for a misconduct of the officers at the Chanasongkram Police Station, where she was told to drop the complaint or otherwise would be countered with legal action against her. 2 cases still in the process

Apart from the case of 2 allegations that was dropped, lawyer June continues to face 2 ongoing cases brought by Thai authorities against her.

Pending case #1: GIVING FALSE INFORMATION CONCERNING A CRIMINAL OFFENCE TO AN INQUIRY OFFICER OR FILING FALSE POLICE REPORT under Sections 172 and 174 of the Criminal Code. (maximum punishment with imprisonment not exceeding five years and fine not exceeding to 10,000 baht or 280 USD)

Pending case #2: SEDITION under Article 116 of the Criminal Code and Head of the National Council for Peace and Order (NCPO) Order no.3/B.E.2558 (2015) (maximum punishment with imprisonment not exceeding seven years).

The first case is still under the consideration for a change of inquiry officer of the Metropolitan Police Bureau, while the other one lingers in the process of evidence collection. 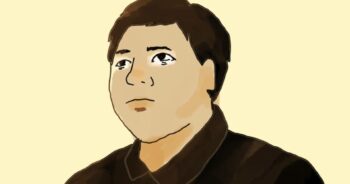 Under the rule of the National Council for Peace and Order (NCPO), which has been using the ‘law’ and ‘administration of justice’ as broad political tools to suppress political movements and citizens’ freedom of expression.  It seems that lawsuits against student activists and members of the general public for staging peaceful protests, are their ‘reward’ […] The week after the national phenomenon “Run Against Dictatorship” is stirred with a series of human rights violations, along with the SLAPP cases inflicted on organizers of the event from across the country. Apart from the cases derived from the running event, TLHR has gathered information regarding the ongoing cases’ update along with the political […]